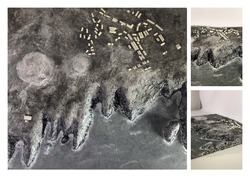 Grace C
The photos show the site model of Penhale. This was created using foam, tinfoil, polyfiller and paints. The small military buildings are created from white and sprayed in an off white.
The model communicates the "uncanny" (Vidler, 1992) nature of the site successfully. The model also aims to display the juxtaposition between the mass of the headland versus the light weight militant structures which occupy the cliff. 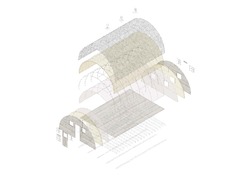 Grace C
This exploded Isometric explains the efficient tectonic and light weight structure of the Nissan Hut. These durable and functional buildings have stood the test of time at Penhale. They have been affected by prevailing winds travelling off the sea and heavy storms around the coast now for over 80 years. The structures despite some smashed windows are still in good condition, boasting their robust design. 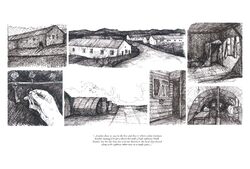 Grace C
Primary research has been carried out by interviewing former Soldiers who stayed and trained at Penhale Military camp. Many stories were told bringing the memory of the site to life.
Many moving memories were kindly shared:

"Stanley chose to stay in the hut and that is where a lone German bomber managed to get a direct hit with a high explosive bomb. Stanley lost his life that day and was buried in the local churchyard along with eighteen other men in a single grave... 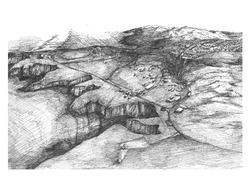 Grace C
Our chosen site is Penhale Military camp, located on the coast of North Devon. The project started by researching abandoned military camps and their contentious and unwelcoming natures. Redeveloping these sites can be problematic and therefore many are left unused. We have chosen this large eerie site on top of the cliffs and have started to peel back the many layers of history which this site possesses. The military camp was created in 1939 and has been operation up until 11 years ago. A developer has purchased the site and proposed a residential project which many locals are objecting to. 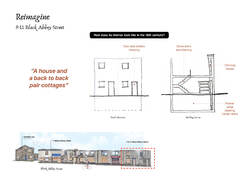 Do you know that before terraced housing, back-to-back type were very popular due to its cheaper cost. However, in the late 19th century, it was banned due to health and sanitary concern and since then many of those houses are demolished throughout the UK, although there are still some survived. The 9-11 Black Abbey Street building is one of the surviving examples of a house and back-to-back cottages. 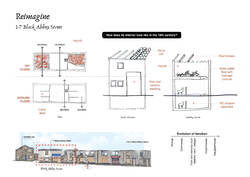 Based on descriptions provided, we try to recreate the 18th century interior of the 1-7 Black Abbey Street building. The function of the building has changed so much from a grange to cowhouses to barn and stables, and recently just before the fire, as retail stores. 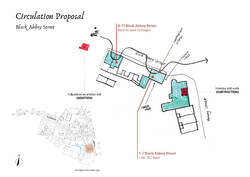 Developing our facade intervention idea from previous week, instead of a mere exhibition, we proposed for the possibility of interaction between visitors and urban artefacts that will be installed in the Black Abbey Street. 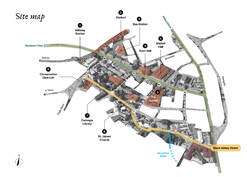 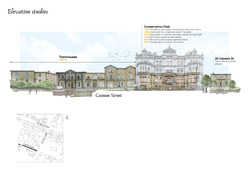 Farah Nadhiera Binti MF
Another street of interest looks into a ruin of the former Conservative Club in Cannon Street. Like Black Abbey Street, this building also suffered a burn (by arson) in 2016. 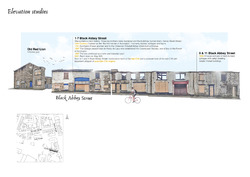 Farah Nadhiera Binti MF
The first entry starts with the image of what believed as "the first hamlet of Accrington" in Black Abbey Street.